BioDiversity: Faces of Ecological Stewardship is a zine by CEC staff member Zoe-Blue Coates in collaboration with artists Niloo Farahzadeh, Jaime Blankinship, Nicole Neidhardt, Karissa Chandarkate, Emily Thiessen, and Andrea Searle. The project aims to teach all ages about Black people, Indigenous people, and People of Colour who have been ecological stewards throughout history. People like George Washington-Carver, Beangka Elliott, and Wangari Maathai have made lasting impacts on areas such as soil health, environmental activism, and plant knowledge.

PDFs are available for free below. Paper copies of the zines are available at the centre. Please get in contact if you would like to receive a copy in the mail. 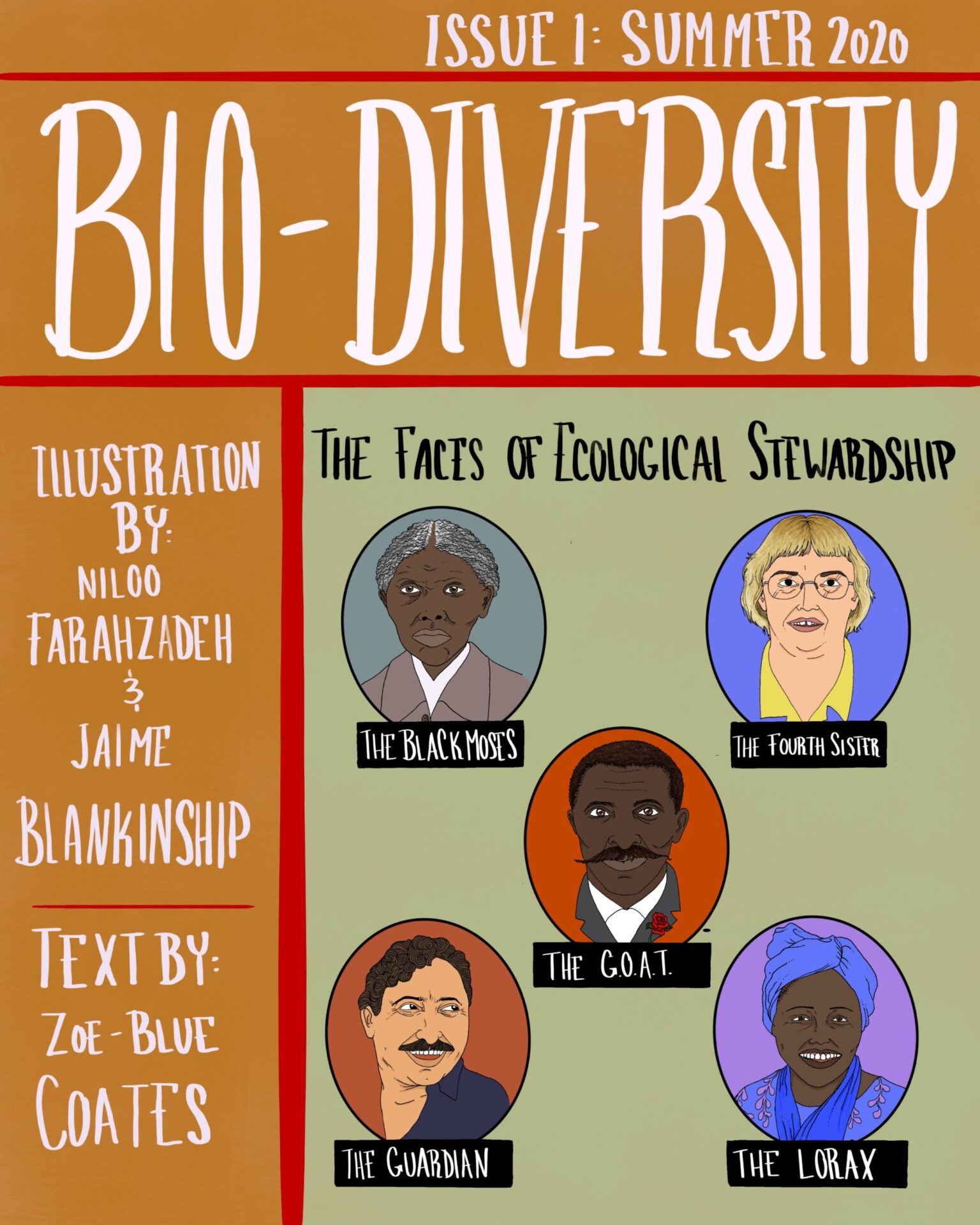 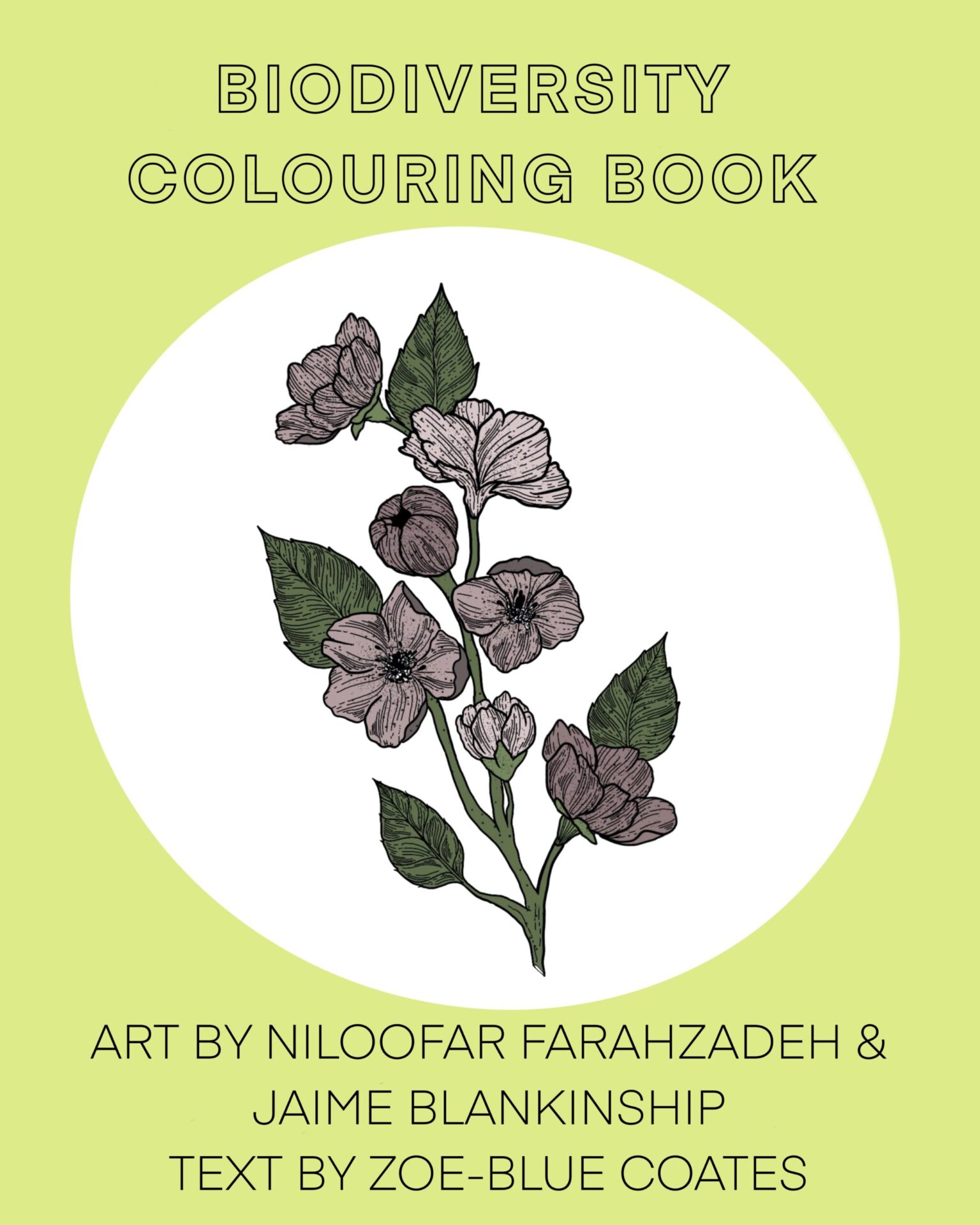 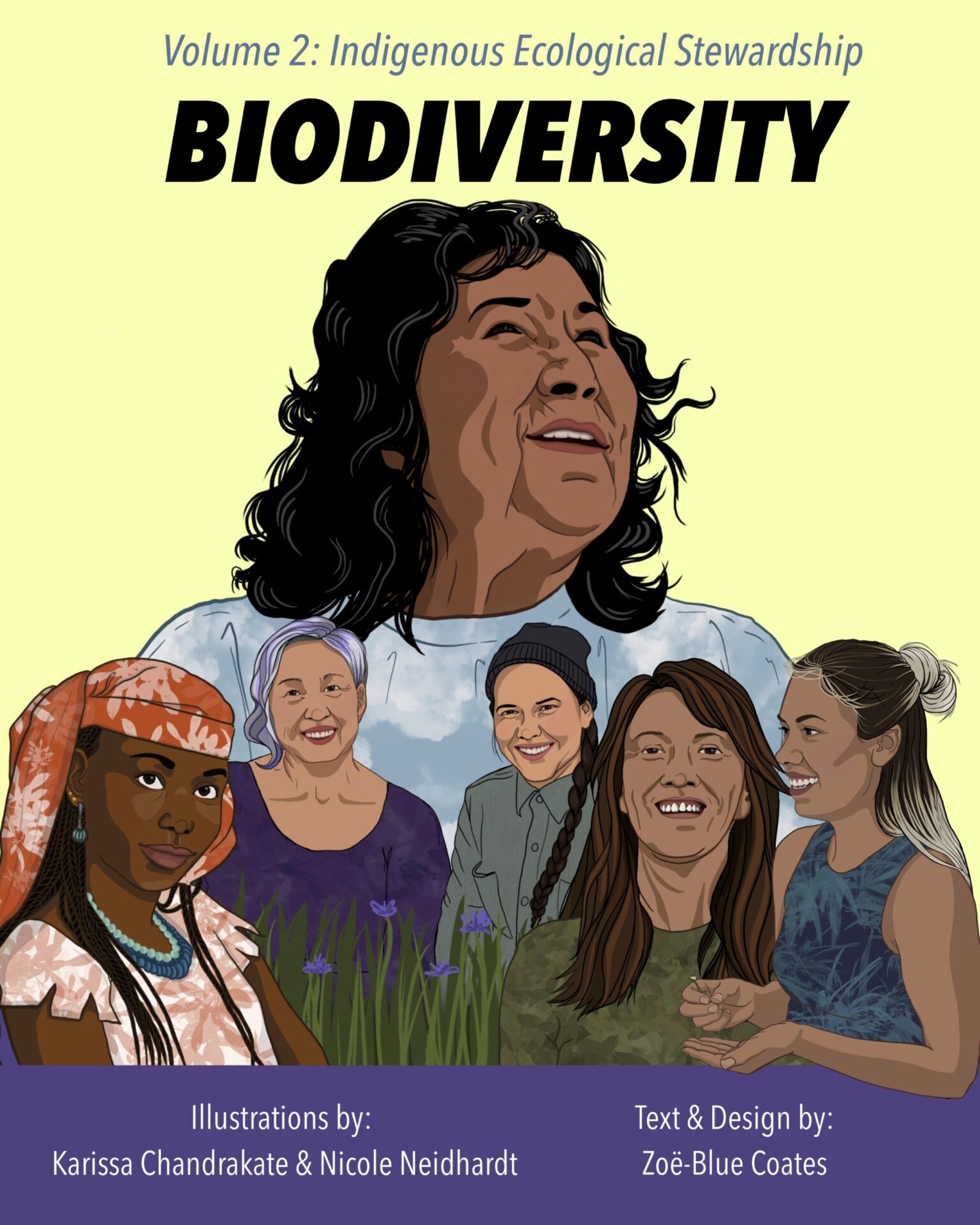 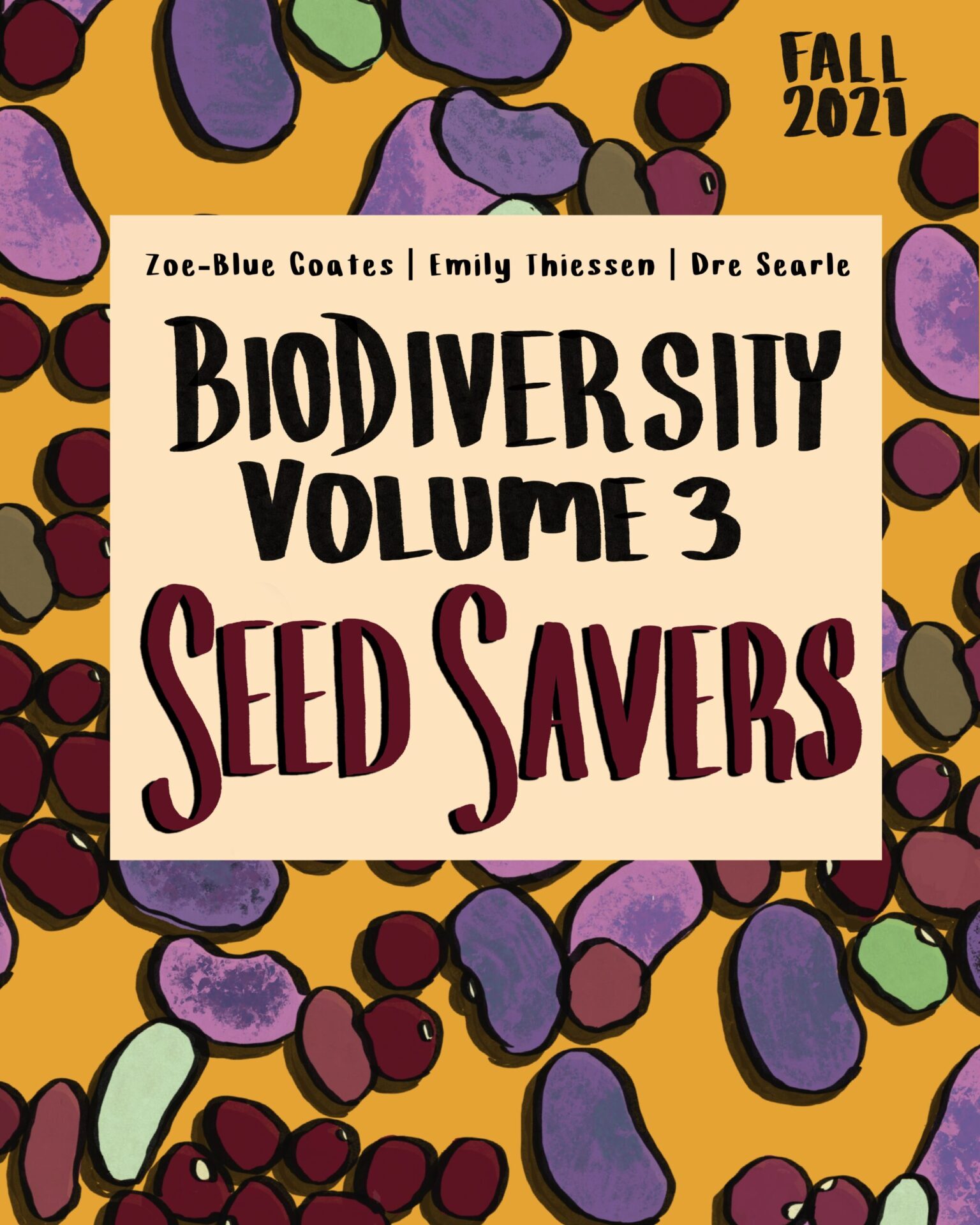 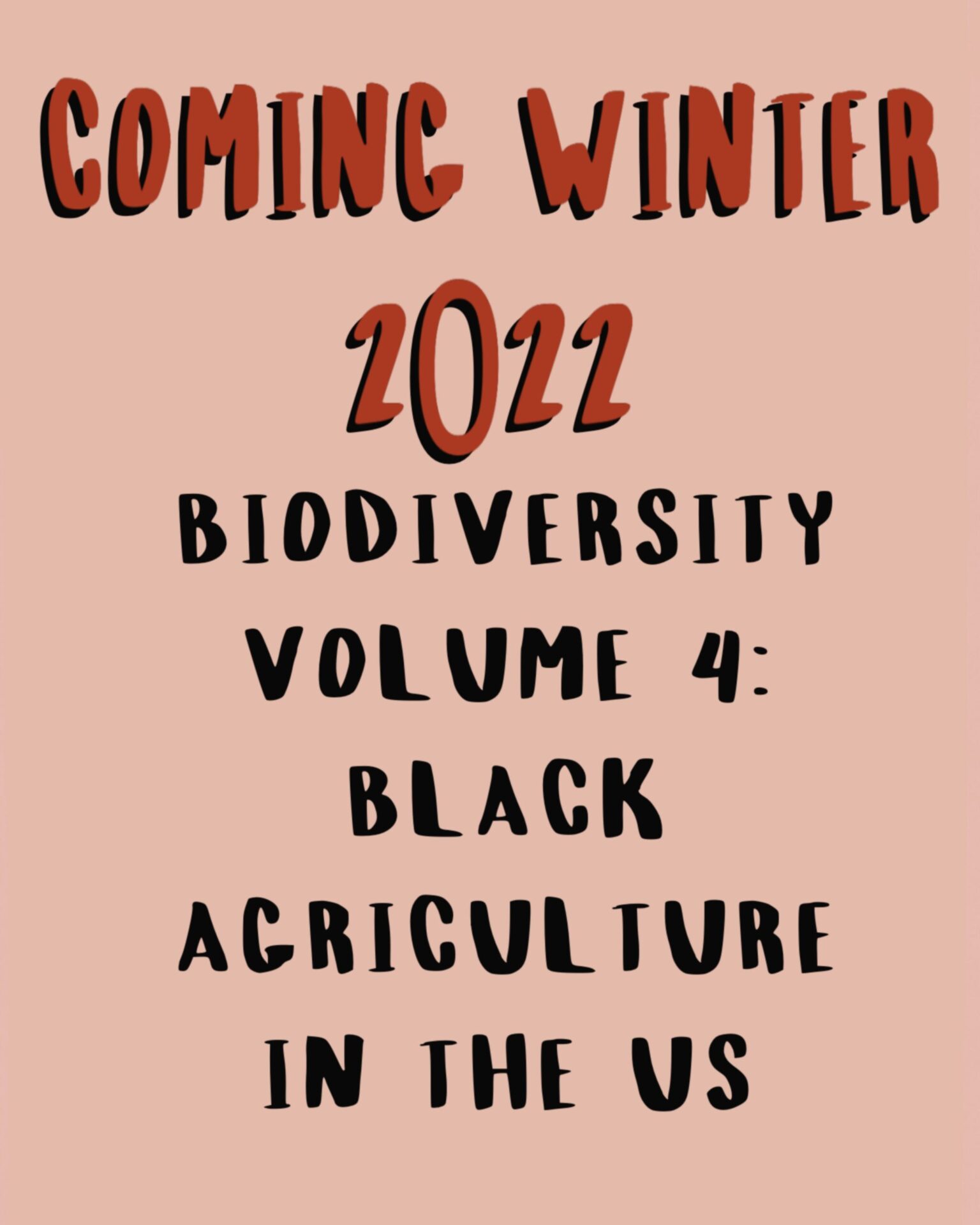 About the Creator and Artists 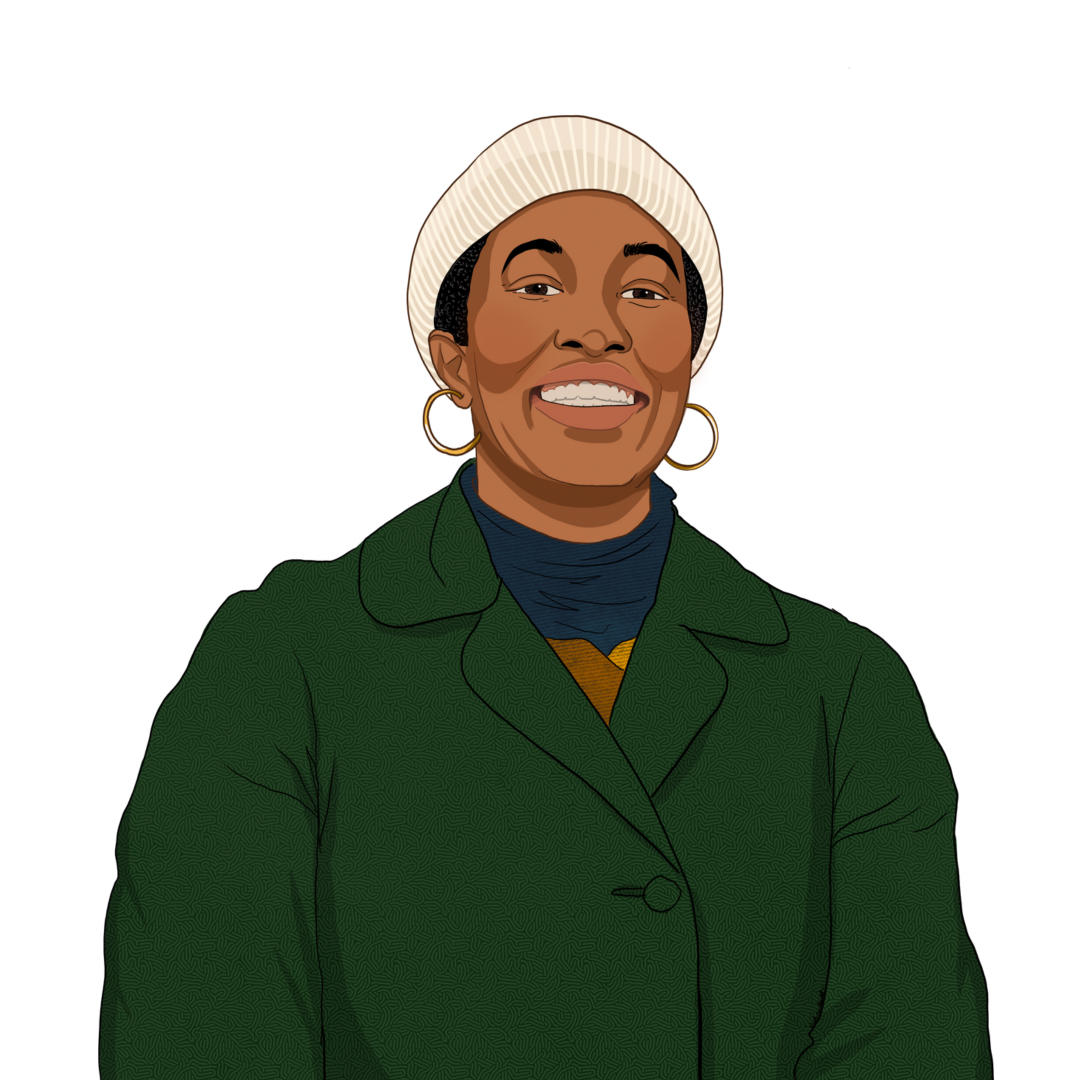 Zoe-Blue Coates is an African-American, Chinese, and Afro-Caribbean person. She created the BioDiversity zine to promote the rich histories of non-white peoples’ connection to the land, waters, and non-human beings. This project was inspired by non-White youth, who she hopes will grow up proud of their ancestors’ hard work. Her design practice is influenced by her Opa, Karl Schmed who worked for decades as a graphic designer on Great Lakes territory, in Toronto, ON. 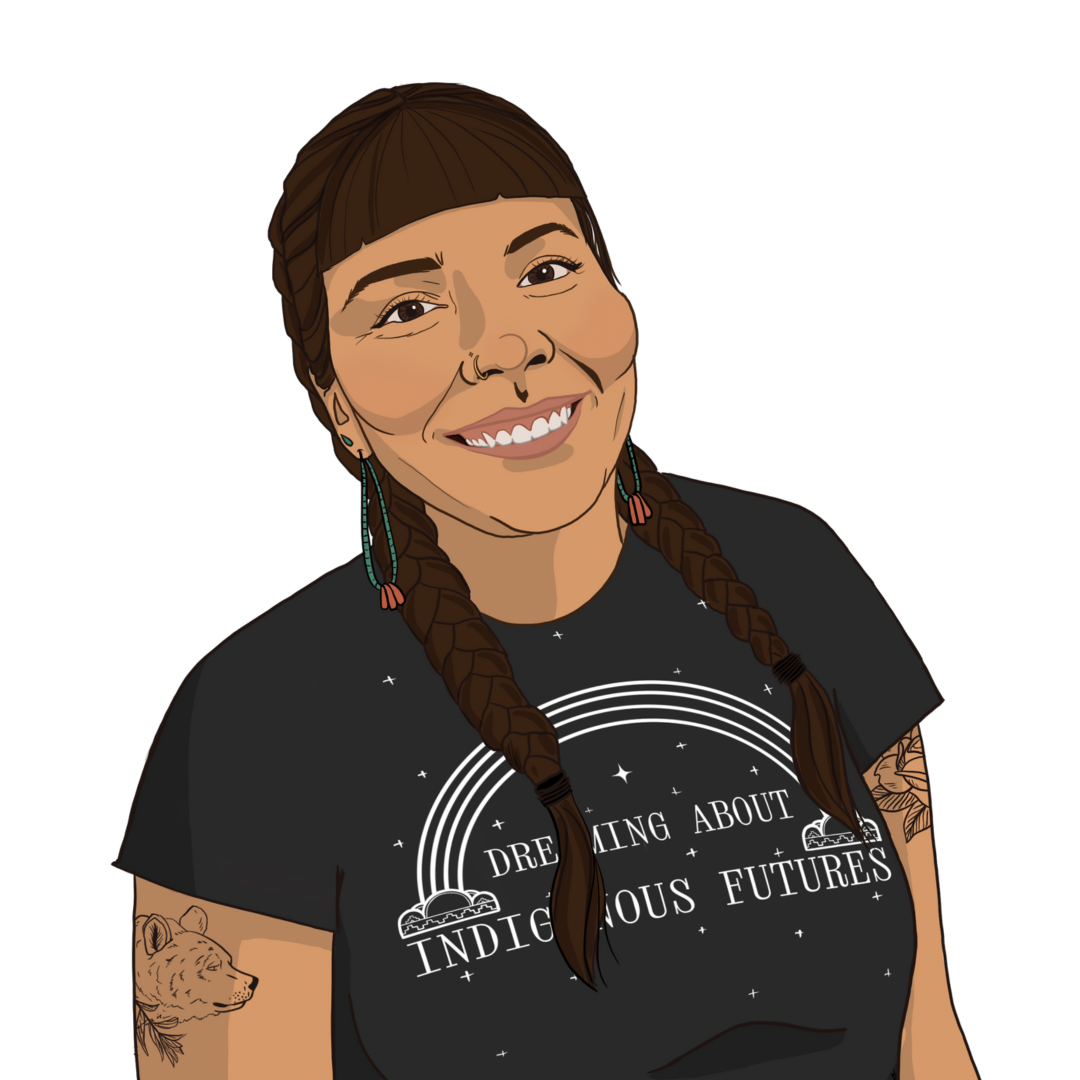 Nicole Neidhardt is Diné (Navajo) of Kiiyaa’áanii Clan on her mother’s side, a blend of European ancestry on her father’s side and is from Santa Fe, NM. She has a BFA from the University of Victoria and a MFA from OCAD University in Toronto, ON. Nicole’s Diné identity is the heart of her practice which encompasses Indigenous Futurisms, installation, illustration, painting, and murals. 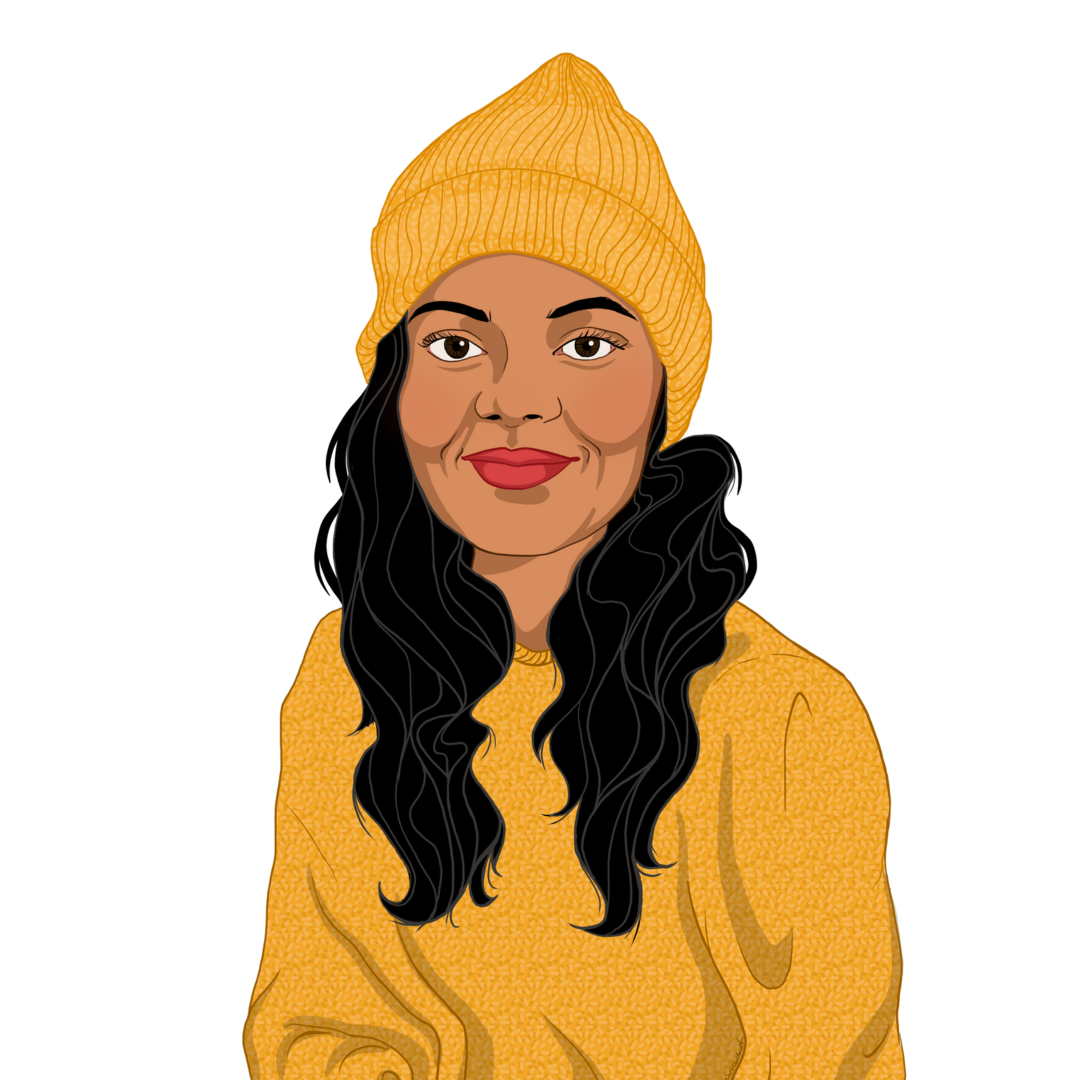 Karissa Chandrakate is an Indo-Caribbean immigrant from Trinidad and Tobago and is currently residing on Lekwungen Territories (Victoria, B.C.). Her ancestry is East Indian. She is a photographer, videographer, and illustrator. Karissa uses the power of art to amplify voices and challenge cultural narratives. 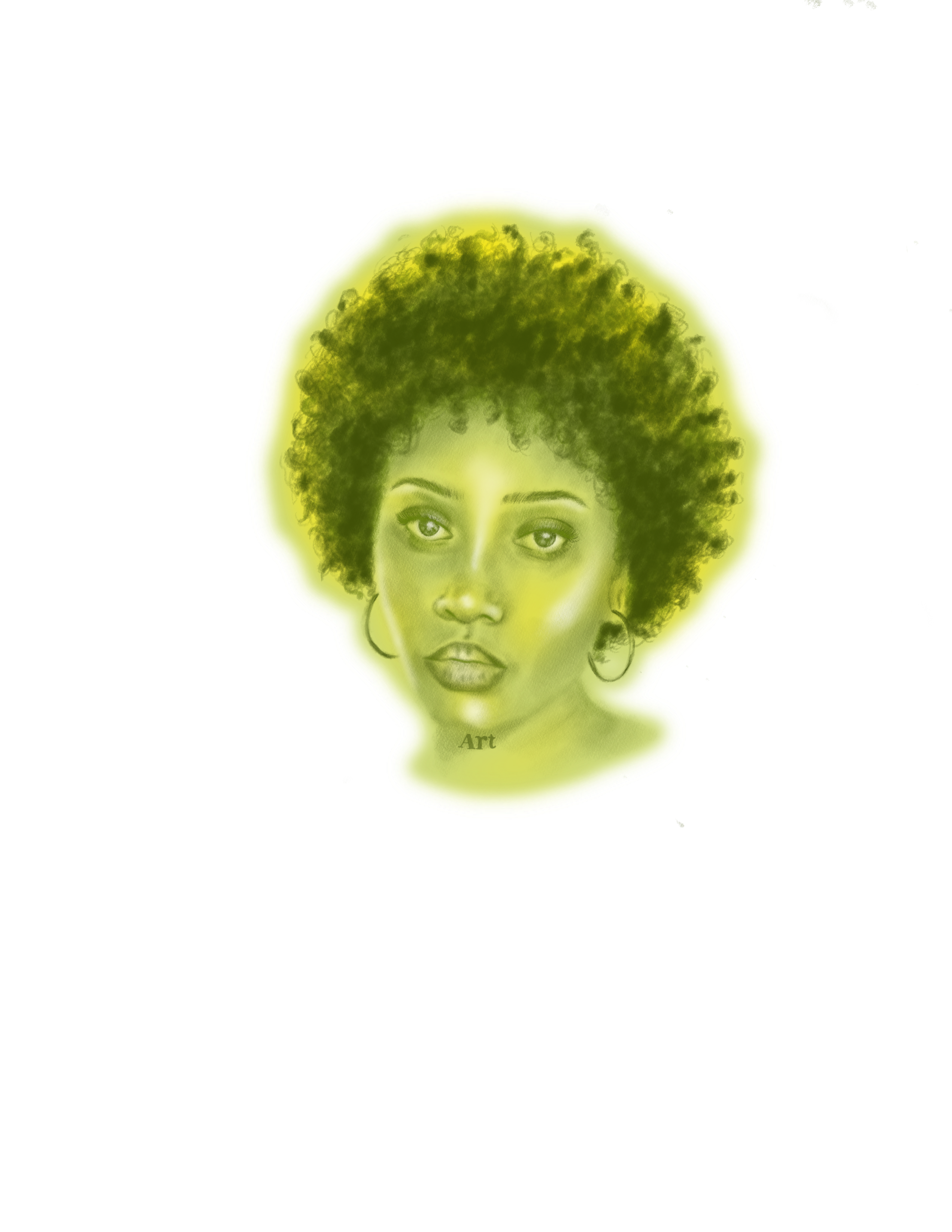 Andrea Searle is an illustrator based out of Victoria, B.C.. They are inspired by comic books, Catholic iconography, Mexican folk art, and vintage fashion. 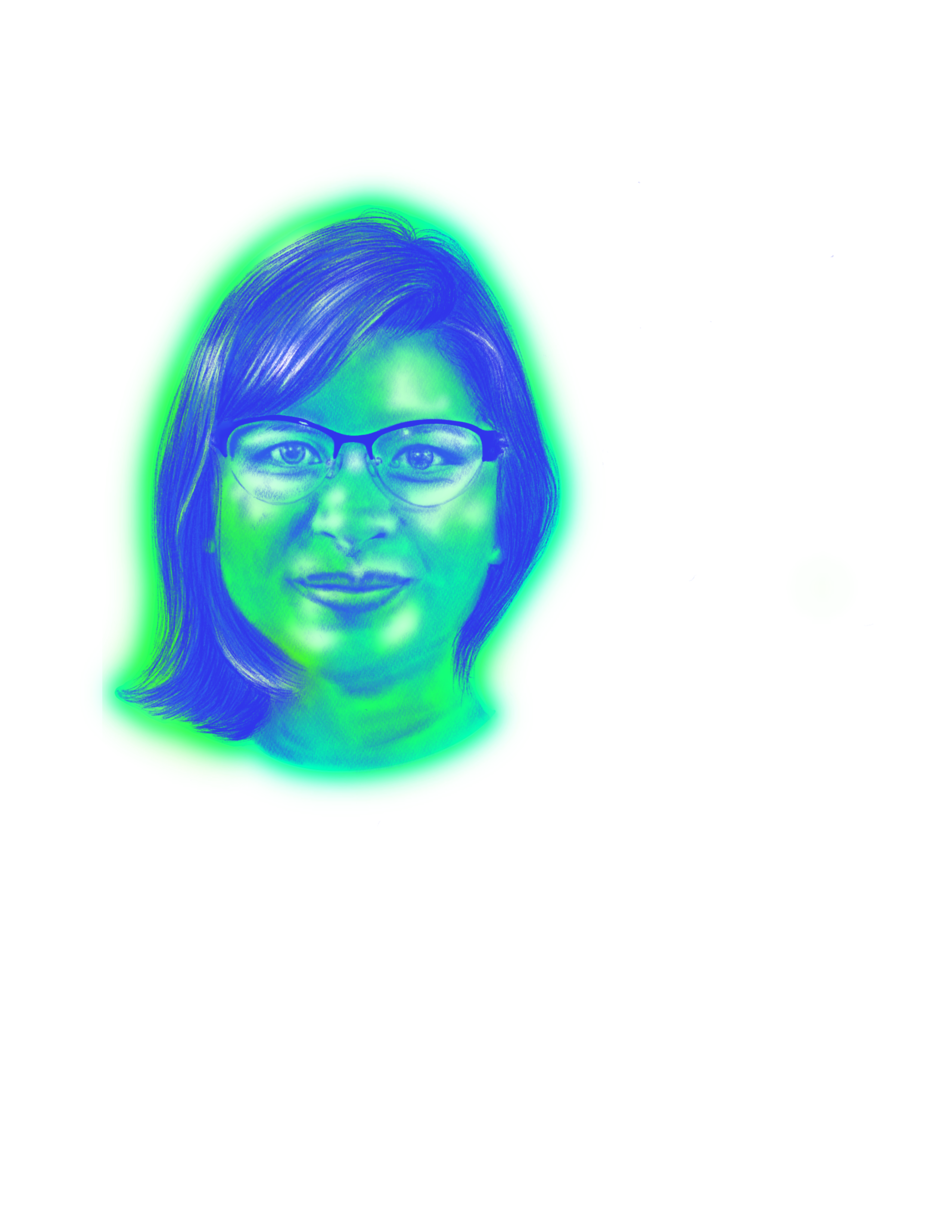 Emily Thiessen is an illustrator and climate justice organizer who liked creative troublemaking. She comes from Malaysian-Chinese and Mennonite roots and grew up on Lekwngen and W̱SÁNEĆ territories.

This project was made possible through the generosity of the City of Victoria, CRFAIR, and TD Friends of the Environment. 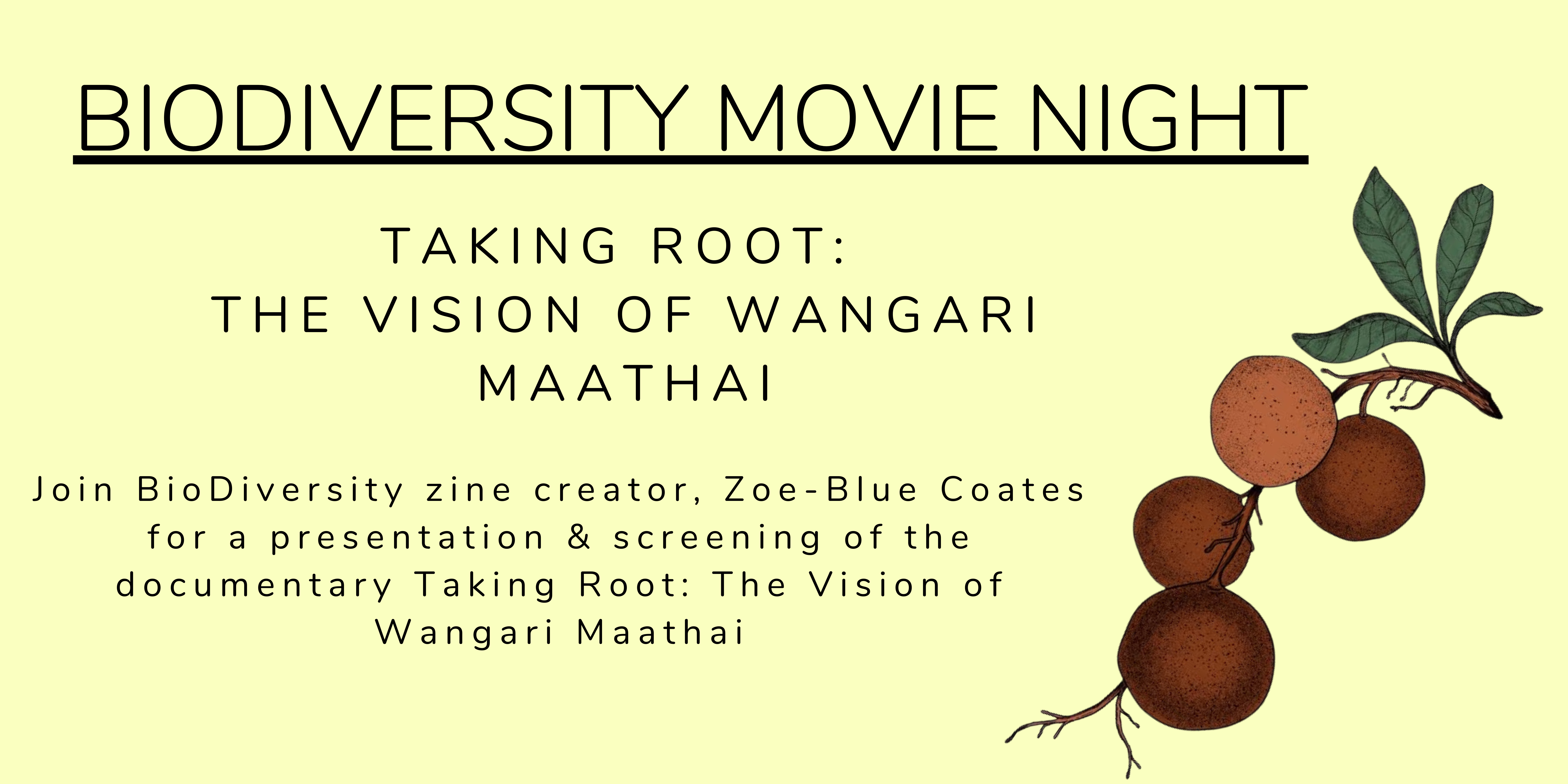